Somero Uganda focuses on implementing projects that contribute to realisation of it's goals and objectives. Projects are usually run on a short term basis, in many cases in cooperation with other locally operating NGO's and community organisations. The implemented and ongoing projects include: 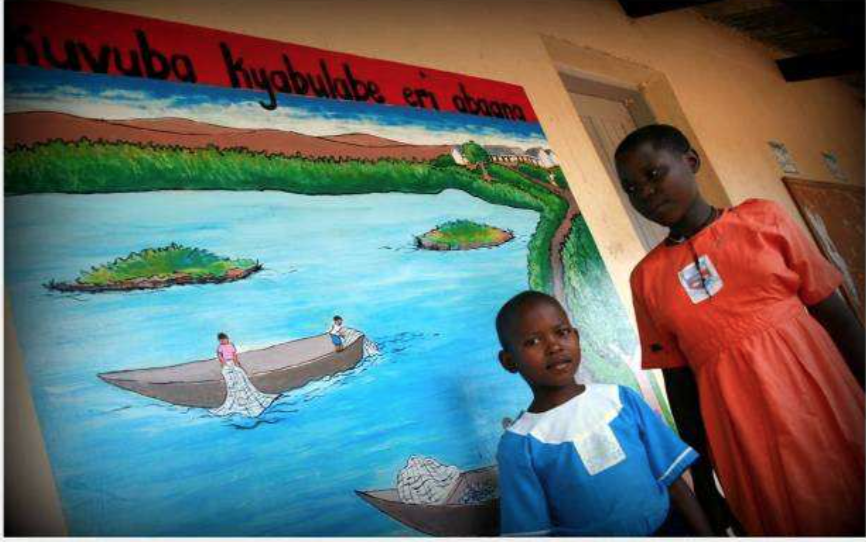 In February 2010 the ILO/IPEC carried out a communication audit on current awareness raising efforts as well as the effectiveness and the efficacy with which child labour messages are communicated to communities. The findings showed the need for heightened awareness on child labour issues through increased community knowledge and understanding on child labour and informing communities of its detrimental effects and actions that can be taken to protect children and help them reach their full potential. A community framework was also developed and this strengthened the need to involve children and young people in activities such as awareness raising.

It is against this background that Somero Uganda proposed to work with children who are ex-child-labourers to create awareness on the prevention of child labour and the promotion of education through the development of art murals. With the support from the ILO-IPEC, Somero Uganda in partnership with UYDEL and RYDA implemented a three months’ Mini programme on “Increased awareness on child labour prevention issues and promotion of Education.” in Nabweru sub-county, Wakiso district.

The main objective of the project was to increase community awareness on child labour, the prevention of child labour and promotion of education. This report therefore explains how the project was implemented, the strategy used and its immediate outcomes and lessons learnt.

SCREAM (Supporting Children’s Rights through Education the Art and the Media) is an education and mobilization tools ILO/IPEC and her partners use to meaningfully engage children in the campaign against child labour. 35 children were taken through a SCREAM training for 5 days. The children were drawn from Somero Uganda and the ILO-IPEC/SNAP implementing agencies UYDEL and RYDA. These children have been withdrawn from various forms of child labour and these include stone quarrying, commercial sexual exploitation, domestic work, sand mining and brick laying. Apart from facilitating child participation, the workshop also aimed to provide information on HIV/AIDS, child labour, gender, education and extensively explored how young people can be agents of social change.

It was also stressed that to eliminate child labour, all the different stakeholders must work together. More so, the role that young people can play was also noted. Participants indicated that young people need to scale up efforts in raising awareness on child labour in their communities. They added that it was essential that other young people become aware of child labour and its detrimental effects to the children and communities so that they can be in position to stand up for their rights and become part of the fight against child labour.

The children noted that various ways can be employed to raise awareness on child labour. Amongst the ways mentioned were drama shows, designing posters, organizing community outreaches, establishing anti-child labour clubs in communities and schools, using sports and painting of community art murals.

Geofrey Nsubuga, the National Coordinator of Somero Uganda explained that the awareness raising campaign would use art murals to sensitize communities on child labour and the essence of education. The art mural project was intended to encourage artistic exploration and advancement and most importantly to involve young people in the awareness raising campaign on child labour.

The children were involved in coming up with concepts on child labour. These were developed into sketches which were then transformed into art murals. They were also involved in field testing the art concepts, scouting for walls and seeking permission from the owners of the buildings on which they sought to paint the murals.

Launch of the Art Murals

Several presentations were made by the children, the District Labour Officer and the National Coordinator Somero. The children’s presentations highlighted the fact that many children are involved in child labour but they are not aware that it is child labour. It was also noted that the SCREAM workshop was instrumental in helping them acquire knowledge regarding child labour and skills that they could use in raising awareness on child labour amongst their peers and the communities. The children also emphasized that “children should not keep quiet; they should feel free to talk about their problems” 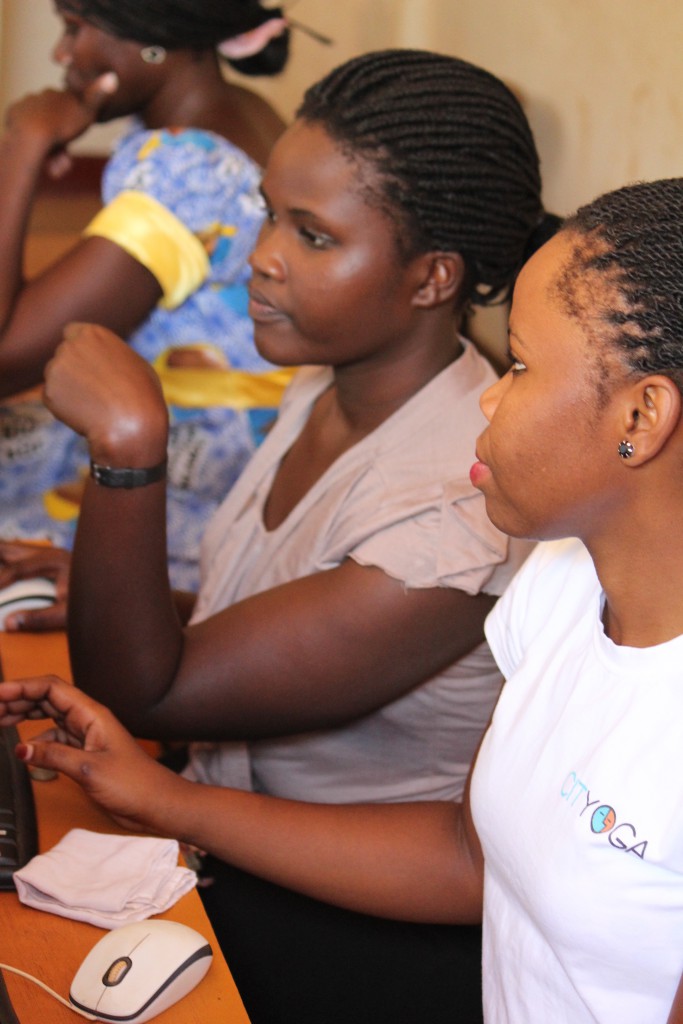 This program has also been boosted by the ILO Youth to Youth fund responsible for funding the “IT entrepreneurship project.“ 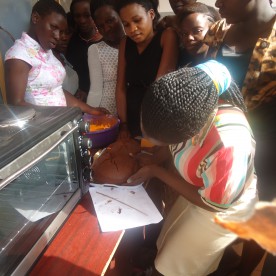 With support from Foundation 10%, 100 young women were reached out through the role model skills development. Under this project, a beneficiary with a special skill volunteers to pass on the skill to other beneficiaries with the support of Somero Uganda. This year, the young women were trained by a fellow beneficiary on how to make briskets (cooking charcoal made from rubbish). Towards the end of the year, another girl volunteered to share the skill of baking cakes with her fellow students. 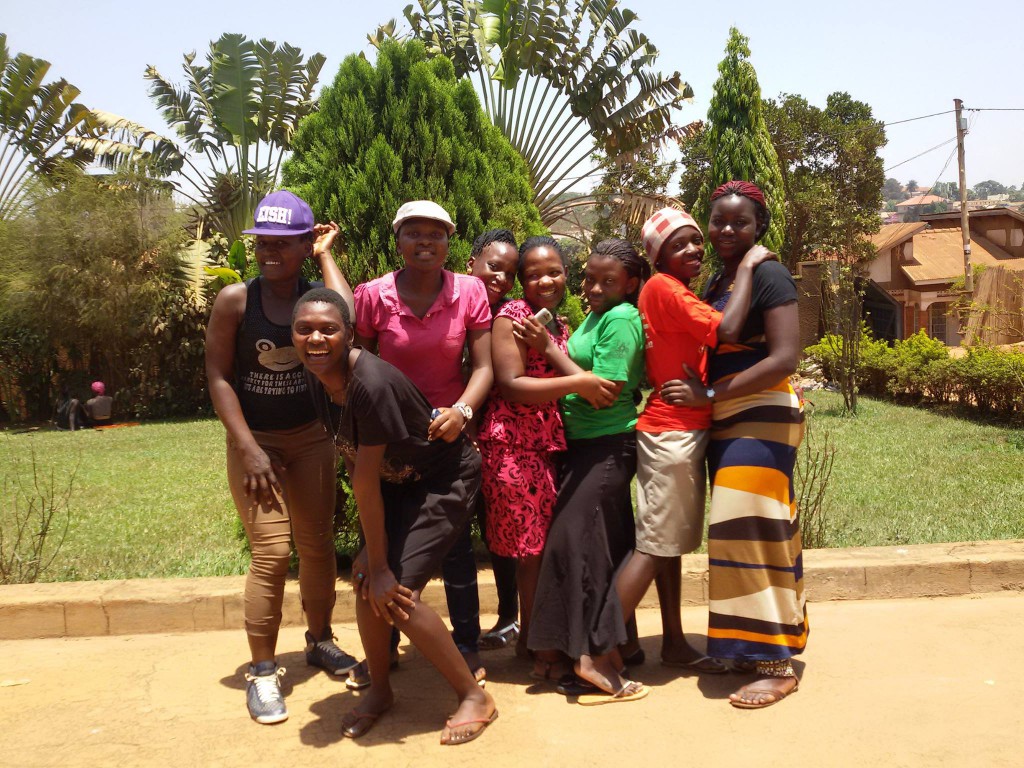 Uganda has one of the highest rates of adolescent pregnancy in Sub-Saharan Africa. 25 percent of girls get pregnant before the age of 19. Factors for that are: “first sexual encounter at a tender, for the girl, forced child marriage, coerced first sexual intercourse, family situations for the adolescent girls and limited access to sexuality education and reproductive health services, etc. The drop in teenage pregnancy rate is more marked amongst the rural (45.4%), those with no education (37%) and the poorest in terms of wealth quintiles (25.8%).” (1.)

Being a young mother brings a lot of problems with it: First, some of the girls have not yet developed a maternal body, which results to high numbers of maternal death and childbirth-related complications in adolescents. The medical problems are “obstructed labour, eclampsia, fistula, low birth weight, stillbirths, and neonatal death.” Therefore also their babies have a higher morbidity and mortality rate than with an older mother.

In addition the pregnant adolescents also face a lot of social stigmas. The social stigma and the stress affect the pregnant girl and also their unborn child. Often, this is the reason for pregnant adolescents to have an abortion. About 15 to 23 percent of girls between 15 and 24 years in Uganda have had an abortion. In Uganda it is illegal; so it is carried out under unsafe conditions, which is connected with high risk for the health and the life of the pregnant girl. The social stigmas get worse if the girl did not complete her education yet. If a girl gets pregnant she drops out of school directly and after giving birth, often they are not able to reintegrate again for completing their education. As a result of that they struggle a lot to find employment. Therefore they face financial difficulties and exploitative work. The government of Uganda has policies on adolescent pregnancy. Their aim is to prevent unplanned pregnancies of young girls, “especially prevention of forced child marriages and coerced sex, integrating sexuality education into school curriculum, girl child education and empowerment programmes, etc.” (2.)

The project was designed to benefit the vulnerable young mothers of Kawempe division Kampala district. The beneficiaries of the project were young mothers between 16 and 24 years within Kawempe division whose future was at stake especially by the fact that they no longer had the hope of completing a major education level. They had lost hope in continuing with their education due to pregnancy and after being forced out of school, others had been denied a chance to continue with their education by the parents or the unfriendly schooling environment which does not cater for their responsibilities.

Majority were forced into marriage by parents as a result of getting pregnancy. These beneficiaries were identified and referred by different actors including the Somero peer educators 60.3%-, Kawempe health center 30% where the girls visited for anti-natal services and other partners.

With the support of Stifting 10% a library was set at the Somero center where the beneficiaries met for discussions with or without a teacher. Some lessons also started being conducted at the center. With time the center become the most convenient place for the young mothers to have all lessons. This also attracted students from other schools who brought in and shared knowledge earned from their teachers. This boosted Somero’s program called “Education boaster meetings” which are discussions.

The program was designed to run for half a day without holidays to be able to cover as much as possible just like in the normal school setting while providing time for the beneficiaries to attend to family responsibilities. 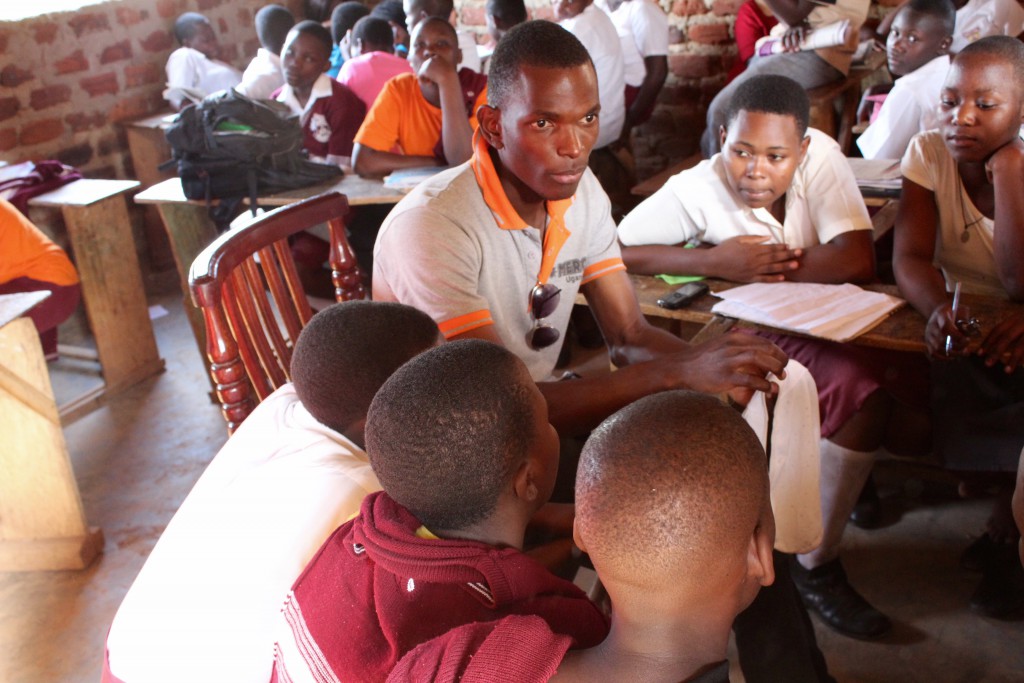 In December 2014, Save the Children Uganda started working with us to test the e-based learning program on Sexual reproductive health called “Learning About Living” (LAL) which also equipped our e-learning unit with 12 computers. Until June 2014, 72 beneficiaries had benefited from the program. This program is part of the ongoing project is called “Keep it Real” implemented by Save the Children and ACODEV.

“1 out of 10 African schoolgirls skips school or drops out of school entirely due to a lack of menstrual products and poor access to proper sanitation, according to UNICEF. This critical unavailability of sanitary products in developing countries is a major barrier to education for girls of school-going age. The inability to effectively manage menstruation contributes to absences of up to 4-5 school days each month, equating to as much as 20% of the academic year intentionally skipped, simply due to menstruation. Eventually many of these girls drop out of school entirely, increasing their likelihood of teen pregnancy health complications and early marriage, and further limiting their future career and economic opportunities.”(Source)

We developed workshops for girls in primary and secondary school, where we talk about the menstruation in general to give an overview to the girls, explain how female reproductive system works and talk about menstrual cramps and what the girls can do against the pain, so that they don’t have to miss classes because of the pain.

The workshop is followed by small focus group discussions in which the girls are shown how to use a sanitary pad, share our own experiences and allow them to ask us questions about menstruation. The workshop was combined with a research using questionnaire method.

The project continues with workshops on how to make reusable sanitary pads.